Characteristics and use of vitamin C

Vitamin C, i.e. ascorbic acid, is a compound whose properties are used in medicine and beyond. Vitamin C is also successfully used in cosmetics. However, most people still associate it as an immune supportive agent. Few people know that ascorbic acid is also an effective antioxidant, which prevents skin aging processes, improves the functioning of the cardiovascular system and has anti-cancer properties.

What are the symptoms of vitamin C deficiency?

Lack or shortage of vitamin C in the body may mainly cause weakening of capillaries, which may lead to the development of anaemia. Ascorbic acid is a compound that increases the absorption of iron. In addition, scurvy, diseases caused by oxidative damage to free radicals or asthma may develop. Sometimes there are also changes in bones and cartilage. In addition, the most common symptoms of vitamin C deficiency in the body include rapid fatigue, weakness, lack of appetite, appearance of bruises on the skin, gum bleeding, difficulties in healing wounds, as well as pain in muscles and joints. It is worth remembering that people who work harder or train harder every day have a higher demand for vitamin C. In addition, more ascorbic acid is needed by people who suffer from intestinal disorders and older people who have hypertension, diabetes or cigarettes. This should also be ensured by pregnant women and breastfeeding babies.

Can vitamin C be overdosed?

Vitamin C is a water-soluble substance. Thus, it is not accumulated in the body, but excreted from it with urine or sweat. As a result, it is virtually impossible to overdose it. The exception is when it is consumed more than 1000 mg per day. Then intestinal and gastric disorders may occur, i.e. abdominal pain, nausea, diarrhea or vomiting. In addition, significant amounts of ascorbic acid can lead to the deposition of stones in the urinary tract. High doses of vitamin C make the power acidified. However, an acidic urine reaction may cause the precipitation of urate and cystate, i.e. the formation of kidney stones. 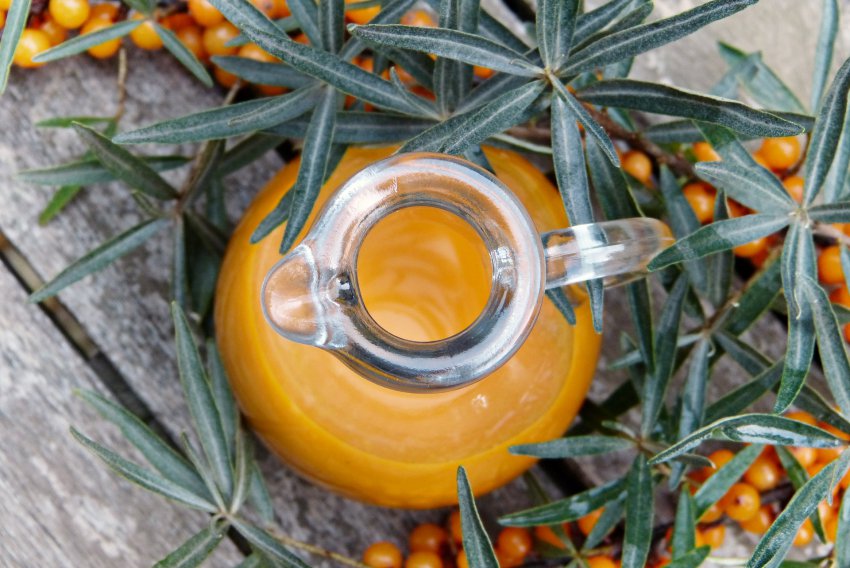 How much is the body's need for vitamin C?

The human body does not produce vitamin C, so it should be provided with food or in the form of dietary supplements, which are becoming more and more popular. According to experts from the Institute of Food and Nutrition, an average child's demand for ascorbic acid ranges from 40 to 50 mg per day. In women it is 75 mg every day and in men 90 mg. However, other scientists are of the opinion that up to 200 mg of vitamin C should be taken every day.

Vitamin C seals and strengthens blood vessels. This prevents the formation of bruises, bleeding or gingival bleeding. In addition, it effectively inhibits the formation of bad LDL cholesterol, and thus leads to the reduction of pathological, very dangerous atherosclerotic lesions. Ascorbic acid is increasingly used in the treatment of hypertension. Scientists have proven that vitamin C is involved in the process of regulating blood pressure. In addition, it supports the absorption of iron, which also increases its assimilability. It also takes part in the production of red blood cells, which protects against the development of anaemia.

Study carried out in the framework of the European Prospective Study on Cancer European Prospective Investigation into Cancer (EPIC), indicate that vitamin C (ascorbic acid) can also significantly reduce the risk of stroke (up to 43%). Outstanding scientists in the American Journal of Clinical Nutrition have pointed out that elevated levels of vitamin C in human blood, which is higher than 66 milromoli per litre, have a positive effect on the cardiovascular system in nearly 21,000 men and women aged between 40 and 79 years, who were observed for 10 years under the project.

What is diet catering and how does it work?

A rational diet, in addition to maintaining normal body weight, also protects against the...

Hemp is a sexually distinct plant, i.e. there are male hemp and female hemp plants. Marijuana...

WHAT IS THE DIFFERENCE BETWEEN INDOOR AND OUTDOOR...

Cannabis seeds can be grown indoors or outdoors, so we have outdoor and indor versions, which...